Minneriya National Park - This National Park with 8889 hectares in extent is famous for it large population of elephants in herds of 100 to 150 roaming in the jungle and seen in the catchment area of the lake. Entrance is at Ambagaswewa about 6 km from Habarana on the main Habarana Polonnaruwa road. Office is by the side of the main road. Elephants, about 300 wild elephants, wild buffaloes, wild boar, spotted deer, sloth bear, Sambhur, leopards, crocodiles, jackals, 9 kinds of amphibians, 25 kinds of reptiles, 160 species of birds, 26 varieties of fishes, 78 varieties of butterflies are recorded from the Minneriya National Park. 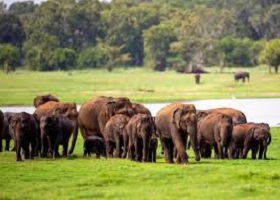 Sigiriya  this UNESCO World Heritage Site, a spectacular Rock Fortress, is one of Sri Lankas major attractions. The most impressive facets of the unique complex are the Water Gardens, the Frescoes of beautiful maidens, the Mirror Wall with ancient graffiti, the Lion platform and the Summit of 1.6 hectares, which was completely covered by buildings during the period of Sigiriyas glory. Built by King Kashyapa (477-495 A.D), the Lion Rock is a citadel of unusual beauty rising 200m from the scrub jungle. The rock was the innermost stronghold of the 70 hectare fortified town and the base is ringed by a moat, rampart, and extensive gardens. The world-renowned frescoes (originally 500, of which only 19 remain today) which are in a sheltered pocket of the rock approached by a spiral stairway are painted in earth pigments on plaster. The old stairway to the top led through the mouth of a crouching lion but today only the huge paws remain giving an indication of the massive proportions of the head. Remains of the handsome royal citadel are on the summit and several caves for meditation, audience platforms and baths complete the unique site.

Dambulla  located in the north central province this UNESCO World Heritage Site which dates back to the 01st century BC, is an amazing complex of 05 caves, first used as a refuge by an ancient king who on regaining his throne, commissioned magnificent carved images within the living rock. Later kings made further improvements and the caves contain over 150 images of the Buddha of which the largest is a colossal figure spanning 15 meters. Cave inscriptions from the 2nd Century BC are found and on the walls are many paintings most of which belong to the Kandy period (early 19th century). This temple is a perfect location to view evolution of ancient Sri Lankan art and is an important historical site due to the amalgamation of the material from many eras. . 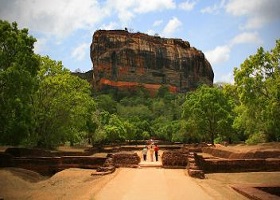 
After breakfast proceed to Kandy. Enroute visit a Spice Garden in Mathale. Check in at Cinnamon Citadel Resort, Kandy. In the evening do a City / Shopping tour including a visit to the Temple of the tooth relic/Gem Museum. Also be in time to witness a cultural Dance show. Dinner and overnight stay at Cinnamon Citadel, Kandy.

TEMPLE OF THE TOOTH RELIC - the palace complex and the holy city of Kandy are associated with the history of the dissemination of one of the most important religions of humanity, Buddhism. The Temple of Kandy is the product of the last peregrination of the relic of the tooth of Lord Buddha and the testimony of a cult which continues to be practiced today.

Kandy  a lovely exotic city, the Hill Capital and last stronghold of the Sinhala Kings is a UNESCO World Heritage Site which retains an aura of grandeur, time has not affected. Encircled by hills, with a tranquil lake in its centre, it is the site of the renowned temple that enshrines the Tooth Relic of the Buddha and the Royal Botanical gardens  home to one of the worlds best collections of Orchids. A cultural sanctuary where many legends, traditions and folklore are still lovingly kept alive, Kandy and its satellite villages are the centre of the islands handicraft industry (items of wood, brass & silver)exquisite silver or gold jewellery and precious gems of many varieties including the worlds best blue and star sapphires. The highlight of the citys calendar is the Esala Perahera, when a replica of the casket enclosing the Tooth is taken in procession for ten glittering nights in July/August by exotically costumed dancers, drummers and approximately 100 Elephants. 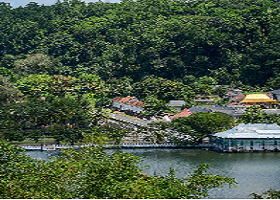 DayColombo
Breakfast at the hotel. Thereafter check out and proceed to Colombo. Enroute visit the Pinnawela Elephant Orphanage. Check in at Cinnamon Lakeside Resort. In the afternoon do a City / shopping tour of Colombo. Dinner and overnight stay at the Cinnamon Lakeside hotel, Colombo.

Pinnawela Elephant Orphanage  set amongst the verdant hills of Kegalle is a unique orphanage, where the tiny tots weigh 60 kg or more. This is the Pinnewela Elephant Orphanage, the world's first and only elephant orphanage established to feed, nurse and house young elephants lost or abandoned by their mothers. Other occupants are elephants displaced from their natural environs by development projects or those found wounded. Visitors could see the baby elephants being fed milk from gigantic feeding bottles or bathed in the river which flows nearby  an unforgettable sight! Established in 1975, by the Wildlife Department and National Zoological gardens which subsequently led to a breeding programme through which more than Thirty five elephants have been born since 1984.

COLOMBO - is the commercial capital and largest city of Sri Lanka. Colombo was probably known to Roman, Arab, and Chinese traders more than 2,000 years ago. The Portuguese arrived in the 16th century and built a fort to protect their spice trade. The Dutch captured the city in the 17th century. The British made the city the capital of their crown colony of Ceylon in 1802. Sightseeing highlights include the old parliament house, Gangarama Buddhist Temple, Town Hall. BMICH, Independence square (Some places will drive pass photo stops) Colombo city is on a fast developing role to modernize with the new generation. City offers you are range of multi cuisine high quality restaurants which delight your taste buds. Citys modern shops sell most of the worlds renowned branded products ranging from cloths to electronics and many more. The city offers great entertainment for all ages ranging from Theaters, Play Areas, Pubs, Nights Clubs and Casinos to keep you going 24 x 7. It is the most vibrant city in Sri Lanka that you must stay during your visit to Sri Lanka. 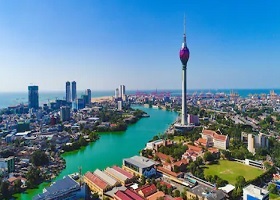 DayYala
Breakfast at the hotel. Thereafter proceed to Yala. Check in at Cinnamon Wild Resort. In the evening do a safari of the Yala National Park by jeep. Dinner and overnight stay at Cinnamon Wild Yala. 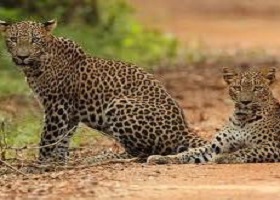 DayGalle
Breakfast at the hotel.. Thereafter check out proceed to Galle and visit the Galle fort. On completion proceed to Beruwela. Check in at Cinnamon Bay Beach Resort. Evening at leisure on the beach. Dinner and overnight stay at The Cinnamon Bay beach Resort, Beruwela.

Galle - said to be the famous Tarshish of the Bible where King Solomon obtained gems and spices, this "Living" UNESCO World Heritage Site is the port where the Portuguese first landed in Sri Lanka in 1505. Captured and fortified by the Dutch who ruled maritime Sri Lanka in the 17th and 18th centuries, the city still retains the air of old Holland. Within the well preserved 90 acre fort and ramparts built in 1663 are old Dutch churches and monuments with armorial bearings, an imposing crested and monogrammed gateway dated 1669, many well preserved old Dutch houses and narrow alleys still bearing Dutch names. The New Oriental Hotel, built for a Dutch governor in 1684, a colonial gem now converted to the internationally renowned Amangalle Hotel and several other excellent boutique hotels are testimony to the importance of this location. 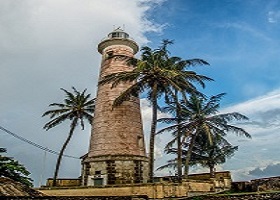 DayBentota
Breakfast at the hotel. Thereafter do a City tour of Bentota including a visit to a water sports center. Dinner and overnight stay at the Cinnamon Beach Resort, Beruwela.

Bentota - situated on the south west coast, at the confluence of the sea and the Bentota river, the sun drenched location and its golden, palm-fringed beaches which border the warm, sparkling waters of the Indian Ocean made it a natural choice for development as the first tourist resort. Today it is known in Sri Lankas global tourist markets as a highly attractive holiday resort with a wide and varied choice of distinctive hotels to suit every taste and purse. Bentota has a complete range of tourist facilities, great seafood and very popular water sports centres which provide boating, water skiing, jet skiing, snorkelling and wind surfing. 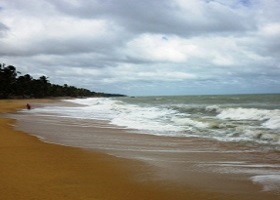 DayDeparture
Breakfast at the hotel. Midmorning check out and proceed to the airport for departure. 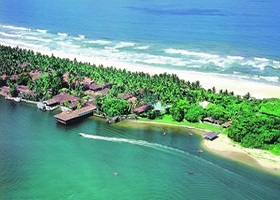